Recovery After Orthopaedic Surgery: Is It Progressing Properly? 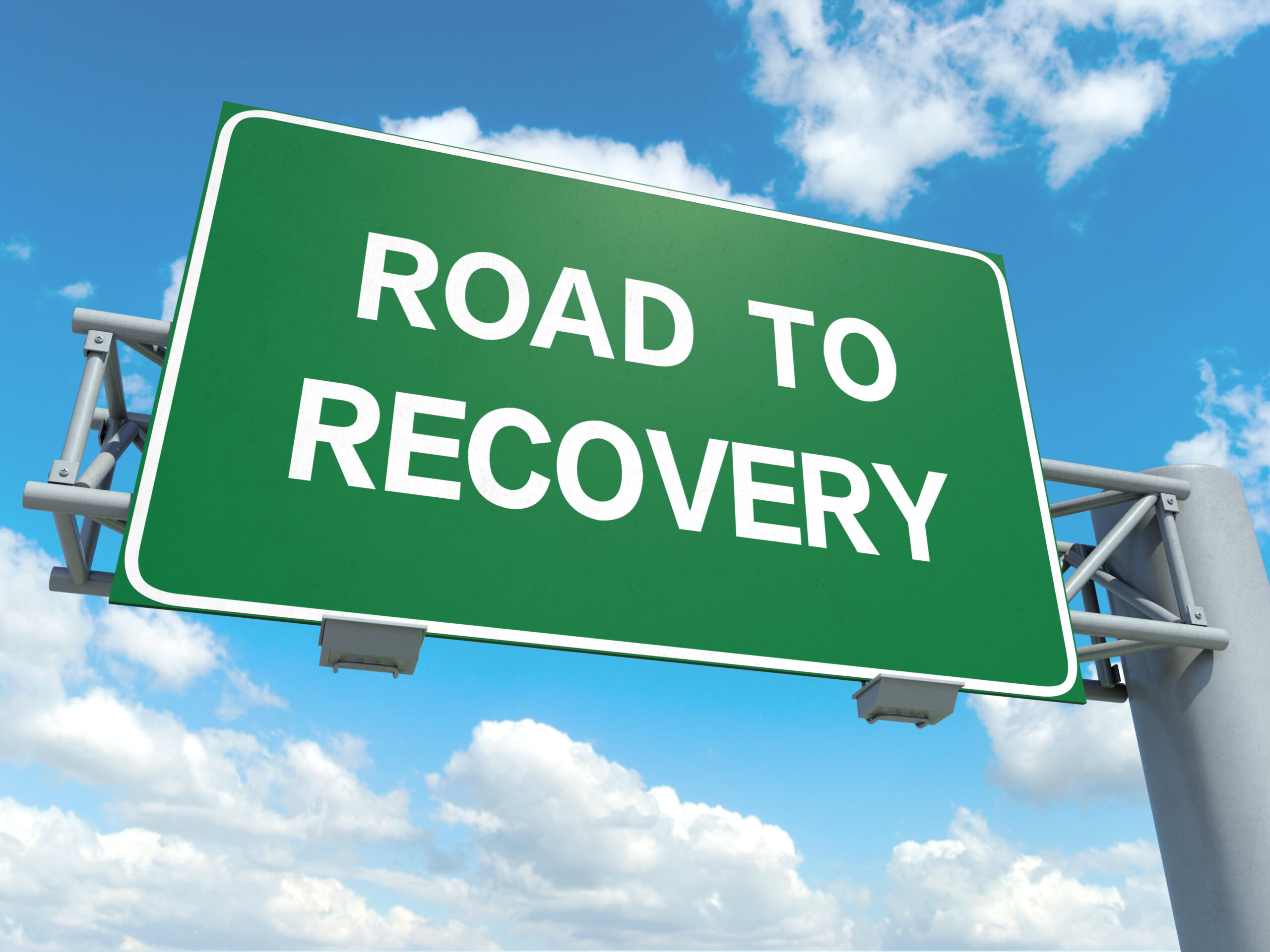 Jennie had surgery 3 months ago. She is now back to running but has persistent and similar pain. She’s frustrated because her pain is “unchanged” despite her surgery and doing everything asked of her postoperatively.

Mr. Smith is 6 weeks after surgery. He is now concerned because his pain is unchanged from immediately postop. He is happy that he is no longer taking the postop pain medications, however.

Mr. Ford is unsure he is getting better. He underwent surgery 4 months ago, and although, when asked, he is better than before surgery, he is not where he wants to be.

All of these patients are recovering from Orthopaedic surgery. They are unhappy and confused about where things stand. Understandably, they may express different degrees of frustration and anxiety. They have all invested a lot of resources in their surgery. Committing to surgery and postop pain, rehab, activity restrictions, and temporary lifestyle changes, requires a tremendous amount of physical and emotional energy. Not to mention the costs in money and lost earnings for some. With all that in mind, it is not surprising that patients worry if they are recovering as expected. Very few want to go through surgery once. No one wants to go through surgery twice.

So how do you know if you are recovering properly? Timelines and the postop courses for different surgeries and even different people with the same operations differ and so I can’t tell each of you that things are going correctly or incorrectly. What I can do is discuss what you might expect during a routine recovery.

When I was in college, I began using contacts to see far away objects. At that time, contact lenses were thicker and needed to be removed after several hours of use. This was not conducive to the life of a surgical resident who sometimes worked 36 straight hours. To no surprise, my eyes ultimately became irritated and I developed corneal ulcers. As a result, I had to give up the contacts and use glasses. But I hated them. So about 15 years ago, I underwent LASIK surgery. It was miraculous.

I walked into the LASIK facility unable to see well beyond a couple of feet and only 1 hour later, without pain and what seemed to be instantly, I could see at long distances without any assistance. It was incredible. I mention this because this is the opposite of Orthopaedic surgery recovery. My LASIK recovery was like a light switch. Instantly I went from bad to good. Orthopaedic recovery isn’t at all like this. Although Orthopaedic problems often occur quickly. Unfortunately, however, their resolution after surgery frequently takes a long time.

Orthopaedic surgeries are much more traumatic than the dainty surgery I had on my eyes. By definition, they involve our joints, bones, muscles and tendons. Following surgery, these structure tend to bleed, stiffen and swell more than most other body parts. They also hurt more when injured. As a result, orthopaedic surgeries frequently cause a fair amount of pain, stiffness, atrophy and weakness. Furthermore, after surgery, protection of the operative limb is often required. This can lead to further atrophy and stiffness.

All of this often results in reduced function and a disruption of your life. For many patients, after most orthopaedic surgeries, the recovery can be challenging…and lengthy. This can really test patients’ resilience and stamina. For many, it is like walking through a long tunnel without seeing the end and not knowing when it will come. For others, it can be tough to even tell if you’re headed in the right direction. That’s the scariest thing. The end of your recovery is often clear… It’s the beginning and middle that can be so concerning….trying to determine if you are headed in the right direction.

There are ways to tell if you are getting better. Let’s take a look. Hopefully after reading this you will have a better sense of how you are doing.

Around age 12, my family and I traveled from Philadelphia to Montreal. Driving north in my dad’s old brown Buick, it wasn’t until we started seeing signs that we were getting closer to Toronto (300 miles west of Montreal) that we began to suspect that we were heading in the wrong direction.

Just as signposts can tell you when you are heading in the wrong direction, signposts can also tell you that you are traveling in the right direction. If you and I are driving from Florida to Maine, we know that we are heading in the right direction as we see signs for Georgia, then Virginia, New York, and Massachusetts… What these signs tell us is that we just need to keep going in the same direction towards our favored destination. The same holds true for recovering from surgery. Even if you are not where you want to be, as long as you see signs that things are going right, you often just need to keep “driving” in the same direction. So what are some of these signposts….

There are both physical and lifestyle signposts. Most of us focus on the physical ones while disregarding the lifestyle ones. Let’s take a look at both…

It’s not uncommon for any of us to repeatedly evaluate our surgical area and limb after surgery. We look at it, touch it, and analyze it. Common physical signs of recovery are reduced swelling and improved joint motion and strength. What’s important to understand, however, following many Orthopaedic procedures, these changes are late and improvements can be very subtle initially. Also, at least in the case for swelling, increased swelling may not indicate a problem but often occurs as a result of increased motion and activity – a sign of a recovery.

There are various signs that show that you are improving but often are underappreciated. These may not be isolated to your surgical area but are impacted by it. Among these are having less pain and an improved mood, perhaps just feeling happier or smiling more, willing to do more and being more active. This may include resuming more normal personal grooming and caring for your family and home. As there is improvement, it is common to think about your surgery and surgical area less.

Some of these are even more subtle and are not apparent at first glance. Among these are, having the…

Similarly having similar symptoms at greater levels of activity is another subtle sign that things are going in the right direction. Just as lifting more weight or running a longer distance results in increased muscle discomfort when healthy, doing more after surgery will lead to more soreness, swelling and stiffness, as well. If you haven’t recovered at all, you would feel even greater symptoms with more activity. On the other hand, if your symptoms are the same at increased activity, your symptom starting point is likely lower. Lesser symptoms at any point, probably means you are recovering.

You may find that you still have bouts of increased pain or other symptoms that mirror your presurgery symptoms but these occur less frequently. This may be identified as having more time without symptoms, Less time with symptoms or periods of time when you completely forget about the issue. Not only is the recovery timeline rarely short, it also is rarely straight. There are almost always bumps of increased symptoms. No worries. If these are becoming rarer, you’re probably heading in the correct direction.

The recovery from Orthopaedic surgery can be incredibly slow. Often to the patient, functional recovery can be imperceivable until a critical threshold is obtained. But there are other signs of recovery that are much more subtle. If you see any of the “signposts” above, there is a good chance you are moving along and more time is needed. Of course, all situations are different and you should always discuss your concerns with your surgeon.

I noticed a strange phenomenon throughout the summer and into END_OF_DOCUMENT_TOKEN_TO_BE_REPLACED

Whenever I think of the word “pain,” the first image END_OF_DOCUMENT_TOKEN_TO_BE_REPLACED

Ankle fractures are common. I discussed what they are, how END_OF_DOCUMENT_TOKEN_TO_BE_REPLACED

Everyone wants to age gracefully. Living to an old age, END_OF_DOCUMENT_TOKEN_TO_BE_REPLACED

A hip dislocation is a devastating injury… Late in the END_OF_DOCUMENT_TOKEN_TO_BE_REPLACED