I Have A Baker’s Cyst: Should I Worry? 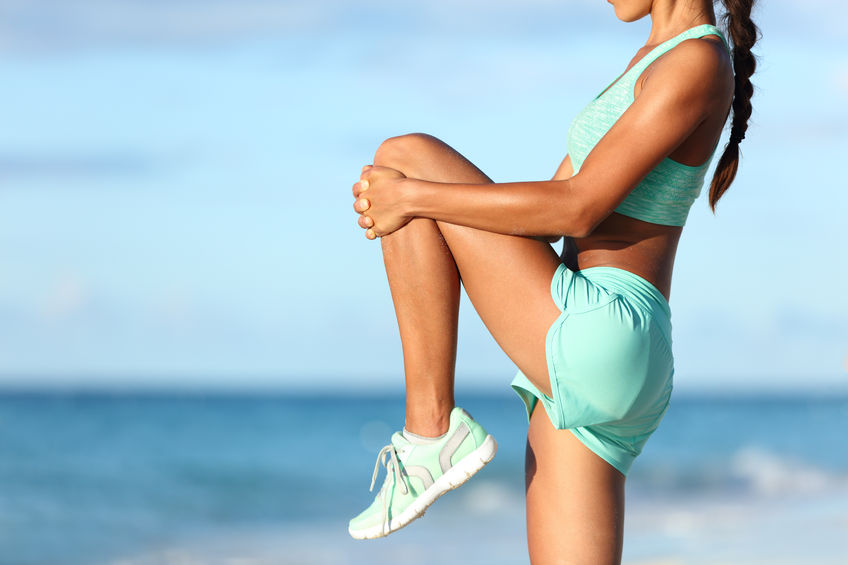 You went to your doctor and they examined your knee or perhaps you had an MRI or ultrasound of your knee and were told you had a Baker’s Cyst. Should you be worried?  No.  Well, at least not usually… 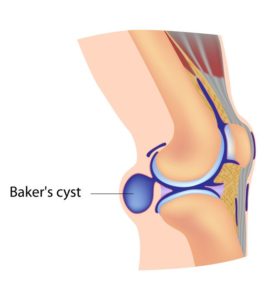 A Baker’s cyst (sometimes called a popliteal cyst) is a walled-off collection of gelatinous fluid in the back of your knee. It typically is found at the crease of your knee off center towards your other knee.  Typically these cysts are the size of a large grape but they can range from even smaller than that to much larger.

Baker’s cysts are usually painless and found in the midst of an evaluation for some other issue.  Occasionally they can be symptomatic. When larger, they can press on adjacent structures and cause local pain.  Sometimes they can get so large, that like an overfilled water ballon, they can burst.  In these cases, the liquid they contain may drip down your leg.  This may cause quite a bit of swelling and subsequent leg and ankle pain from the increased fluid.

Baker’s Cyst: Do I Need To Worry?

Mostly, however, these are asymptomatic.  Most importantly, they are benign and so they should not be confused with a tumor or cancer.  Furthermore, they don’t turn into cancer. Other than the rare occasion, they usually are not even symptomatic.  As a result, they usually don’t require any treatment…or even any observation.  So if you have a Baker’s cyst, and it’s not causing you any symptoms, you can usually just forget about it.

Baker’s cysts can develop in children spontaneously, without any cause or other associated problem.  This can also be the case with adults but it is much more rare.  Usually in adults, Baker’s cysts are a sign of other issues in your knee.  Typically a meniscal tear or knee arthritis causes increased swelling and fluid accumulation in the knee.  This fluid increases the pressure in the knee.  As a result, some of the fluid bulges out a weak spot in the back of the knee and this bulge produces the cyst.

Baker’s Cyst: Does It Need Treatment?

So although a Baker’s cyst in itself is usually not a cause for concern, it often means that there is a problem in your knee that may need to be addressed. In those rare cases where the cyst is bothersome, the liquid within it can safely be removed with a needle and the use of ultrasound for guidance.  However, be warned, until the underlying problem is treated…and the excess knee fluid is no longer being produced, the cyst is likely to recur.

You had an ACL surgery.  Whew! The hard part is END_OF_DOCUMENT_TOKEN_TO_BE_REPLACED

Do you have arthritis?  Has someone told you that you END_OF_DOCUMENT_TOKEN_TO_BE_REPLACED

A swollen knee… It is a common concern. First things END_OF_DOCUMENT_TOKEN_TO_BE_REPLACED

Recently patellar tendon injuries have been in the news. What END_OF_DOCUMENT_TOKEN_TO_BE_REPLACED