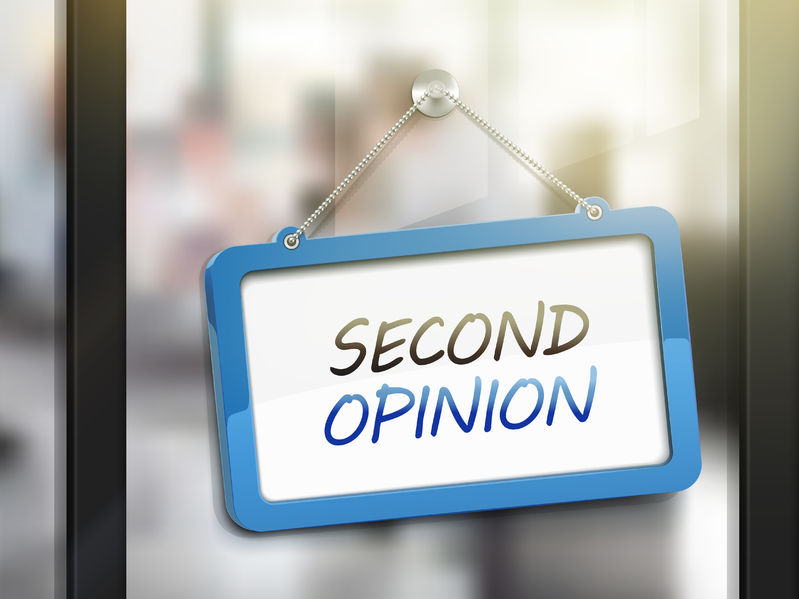 There are a two major reasons patients get second opinions.  One is doctor directed and the other is patient requested.

As a physician, sometimes it is helpful to get a set of “fresh eyes” on a problem. So when someone’s diagnosis is unclear or their progress to treatment is not as expected, I may suggest a second opinion.

Sometimes a patient’s set of symptoms and findings are unique.  They may not fit a pattern that I am familiar with…but they may have been encountered by a colleague.

Additionally, it can sometimes be difficult to change one’s opinion in the midst of treatment.  If you have ever been lost, you may understand.  You believe that you are heading in the right direction.  There are signs along the way that you may be going in the wrong direction.  However, for some time, anyhow, you manage to convince yourself that you are traveling correctly.  Treating a particular diagnosis can sometimes be like that. We start down a treatment path.  The patient may not respond as expected but we are not convinced we have the wrong diagnosis.  Second opinions can sometimes help identify that a course correction is needed.

Most commonly, however, it is the patient that seeks the second opinion.

They do so for a number of reasons.

Often they have seen another physician who’s opinion they either disagreed with or now want to check for its “accuracy” or they simply didn’t like the first doctor.  These patients are often not so much looking for a second opinion as much as they are conducting an “interview”, with a plan to “change” doctors.

Sometimes the patient liked the first doctor, they agreed with the opinion and they plan to go back to them.  However, they do not fully understand the details of their problem and their first doctor’s recommendations.  In these cases, the patient is simply seeking more information and for one reason or another, they are uncomfortable asking the initial physician.

No matter the reason for the opinion, these doctor evaluations can be very helpful…If done correctly…and their purpose is clear and understood.

Additionally, remember your second opinion doctor can’t help you to the best of their abilities if they don’t have all of the available information about your problem.  So if you have had any studies (X-rays, MRIs or any other relevant imaging studies or labs), bring them to your appointment. If you’ve already had surgery, bring any reports or pictures that can explain exactly what was done and what the findings were.  In essence, bring anything that may help.  Having too much information is rarely a problem.  Not having enough information often is.

You can get multiple additional evaluations…

But these take time, money and energy.  In addition, the more opinions you get, the longer your care will be delayed. This may be fine for some issues, but it may be problematic for others.  So to limit the number of additional opinions, select who you see wisely.  Research your second opinion doctor.  Make sure they have expertise in the particular problem that you have. Make sure they are willing to give you an honest opinion.  One that is in your best interest…not necessarily theirs. Some docs are willing to do that.  Whereas, others will simply “rubber stamp” the opinion you have already received.

Most importantly, be open to a different opinion.  Some people come to see me simply for an “echo”.  They just want me to confirm their beliefs rather than give them my independent assessment.  That’s a waste of your time…and money. If you want your opinion, there’s no need to pay me.

Your second opinion doctor should start at the beginning.  They should analyze all the relevant information without any preconceived beliefs…or influence from your initial doctor or you. For instance, when reviewing a study for any patient, initial or second opinion, I read the study images first and the radiologists interpretation second.  I don’t want my opinion influenced by theirs.

The goal is for you to get an honest and independent evaluation.  Not one based on what’s been done or what others have suggested.

Second opinions serve an important function in modern health care.  So use them wisely.

For more information about the “do’s” and “dont’s” of second opinions, watch this latest installment of The Two Boneheads video series.  In this video, Dr. Howard Luks and I discuss second opinions and how you can make them most helpful to you and your loved ones.

I noticed a strange phenomenon throughout the summer and into END_OF_DOCUMENT_TOKEN_TO_BE_REPLACED

Whenever I think of the word “pain,” the first image END_OF_DOCUMENT_TOKEN_TO_BE_REPLACED

Ankle fractures are common. I discussed what they are, how END_OF_DOCUMENT_TOKEN_TO_BE_REPLACED

Everyone wants to age gracefully. Living to an old age, END_OF_DOCUMENT_TOKEN_TO_BE_REPLACED

Recovery… Jennie had surgery 3 months ago. She is now END_OF_DOCUMENT_TOKEN_TO_BE_REPLACED